if you had to guess, which of the following two bits of javascript code would you say executes faster?

this is what things looked like last year in september, with an up to date version of chrome: 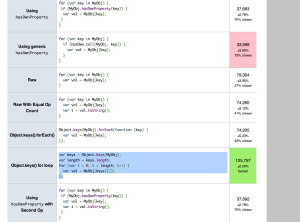